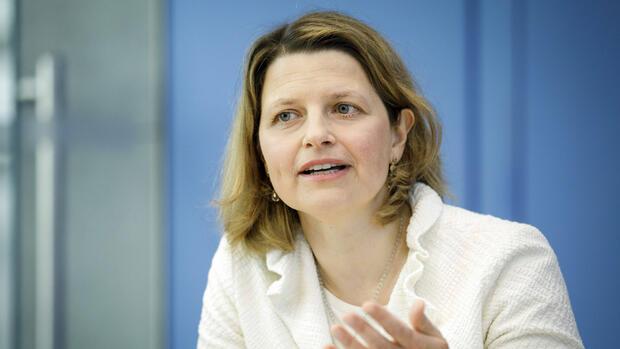 Frankfurt In Germany, female founders find it much harder to get venture capital than male founders. At around 83 percent, the vast majority of venture capital deals in Germany are accounted for by all-male founding teams, eleven percent by mixed teams and only five percent by all-female founding teams. This is the conclusion reached by KfW Research, which has dealt with the challenges for “female entrepreneurship”.

The result: The main hurdles for women to start a business are cultural and social, but financing also plays an important role. Many start-up plans by both women and men remain unrealized due to a lack of funds. Access to venture capital (VC) in particular is much more difficult for female founders than for founders.

According to KfW, almost nothing has changed in this distribution in recent years. When it comes to deal volume, the analysis shows that the gender gap has actually increased. Of every euro VC invested in Germany in 2021, 91 cents went to all-male founding teams, seven cents to mixed teams and just two cents to all-women-led start-ups.

“It’s an uncomfortable truth, but there is a pronounced gender funding gap in the German VC market. In the VC ecosystem, which is still male-dominated, unconscious prejudices and established networks make VC financing significantly more difficult for female founders. As a result, there are fewer incentives for women to set up a start-up at all,” says the chief economist at KfW, Fritzi Köhler-Geib, summarizing the situation.

In order to increase gender diversity in the VC industry, venture capital funds have a crucial role to play, and more gender diversity is needed in the investment teams. This will then also result in more diversity in the financed start-ups. “At the workforce level, 17 percent of the employees in the VC funds are female. At partner level it is only seven percent. Here it is also important to create better opportunities for advancement,” adds Köhler-Geib.

A lively start-up activity keeps an economy fit in international competition. In Germany, however, start-up activity has flagged in the past 20 years. In order to achieve a higher dynamic again, women have to play a bigger role than is the case today.

According to KfW, the mobilization of female founders is an economic opportunity and a social task. Köhler-Geib recently spoke about this with the participants of the economic policy breakfast at KfW Berlin. “The lively interest and the discussion have shown how important the topic is in political Berlin,” says the economist. The federal government is already taking initial measures to improve the situation.

The ‘EXIST Women’ initiative specifically addresses female founders from science and research, and the ‘FRAUEN unternehmen’ initiative makes model entrepreneurs from the MINT field more visible. This was the right path to take.

If you look at all business start-ups in Germany in the last ten years, it shows that female founders use financial resources less often than founders. If capital was used, female founders used an average of just over EUR 13,000, only half as much as male founders did, with a good EUR 26,000.

According to the KfW, there are structural reasons for this: women more often founded as a part-time job, less often in the founding team or with employees, more often in the service sector and less often with a desire to grow. These features are all associated with less funding.

More: Bad mood among the financiers for start-ups – which factors are now giving hope

12
All Comments
Almost all start-ups run by men receive venture capital There are no comments yet! You can make the first comment.