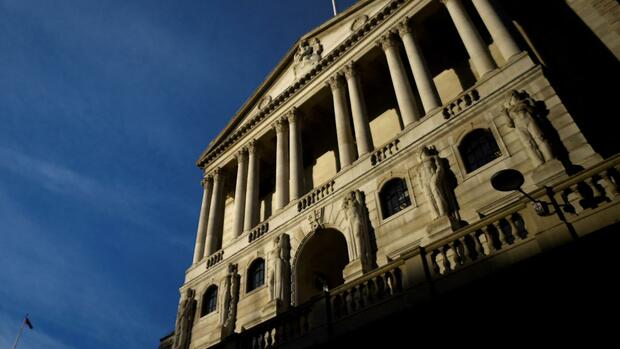 London After the turbulence on the bond market, there is speculation that the British central bank will postpone its planned bond sales. The Financial Times reported on Tuesday, citing unnamed Bank of England (BoE) executives, that the start of sales planned for October 31 is unlikely to be sustainable.

Given the recent dislocation in the market in response to the back and forth over the new government’s financial planning, a postponement of sales is deemed necessary, according to the report. A short time later, the central bank described the “FT” report as “inaccurate”. No decision has been made about a postponement.

The turbulence on the British bond market was triggered by plans by the new British Prime Minister, Liz Truss, for massive tax cuts. Investors had doubts as to whether these could be financed. In order to calm the situation on the market, the British central bank bought British bonds until last Friday. On Monday, the new British finance secretary, Jeremy Hunt, announced an extensive reversal of the relief and further cuts in the budget.

The British central bank actually wants to sell bonds from its portfolio in order to combat high inflation in a similar way to raising interest rates. The inflation rate recently reached 9.9 percent. As part of the unconventional monetary policy, the Bank of England bought British government bonds worth 838 billion pounds (equivalent to 963.7 billion euros). Initially, October 6th was set as the starting date for the sale of bonds, before the turbulence on the market thwarted the monetary authorities’ plans.

In the United States, the Federal Reserve began reducing its balance sheet by $47.5 billion a month in June by not replacing maturing bonds in its portfolio or by selling bonds. Since September, the monthly volume has been 90 billion dollars. In Europe, the balance sheet of the European Central Bank (ECB) has also swelled to almost nine trillion euros as a result of bond purchases.

Interest rate hikes as a key instrument of the ECB

According to the head of the central bank, Christine Lagarde, the ECB currently sees interest rate hikes as its key tool in the fight against high inflation. However, she recently admitted that the central bank is discussing when and to what extent it could reduce its bond portfolio.

According to a report by the Reuters agency, a recent meeting of ECB monetary authorities in Cyprus is said to have been about a reduction in the stock. According to a presentation, the ECB would start doing so in the second quarter of 2023. Some currency watchdogs would have given earlier dates, others would have spoken out in June. Holdings would be reduced because the funds from expired bonds would then no longer be fully reinvested. A direct sale of bonds should therefore initially not be planned in the euro area.

With material from agencies

12
All Comments
Bank of England postpones bond sales after crisis There are no comments yet! You can make the first comment.