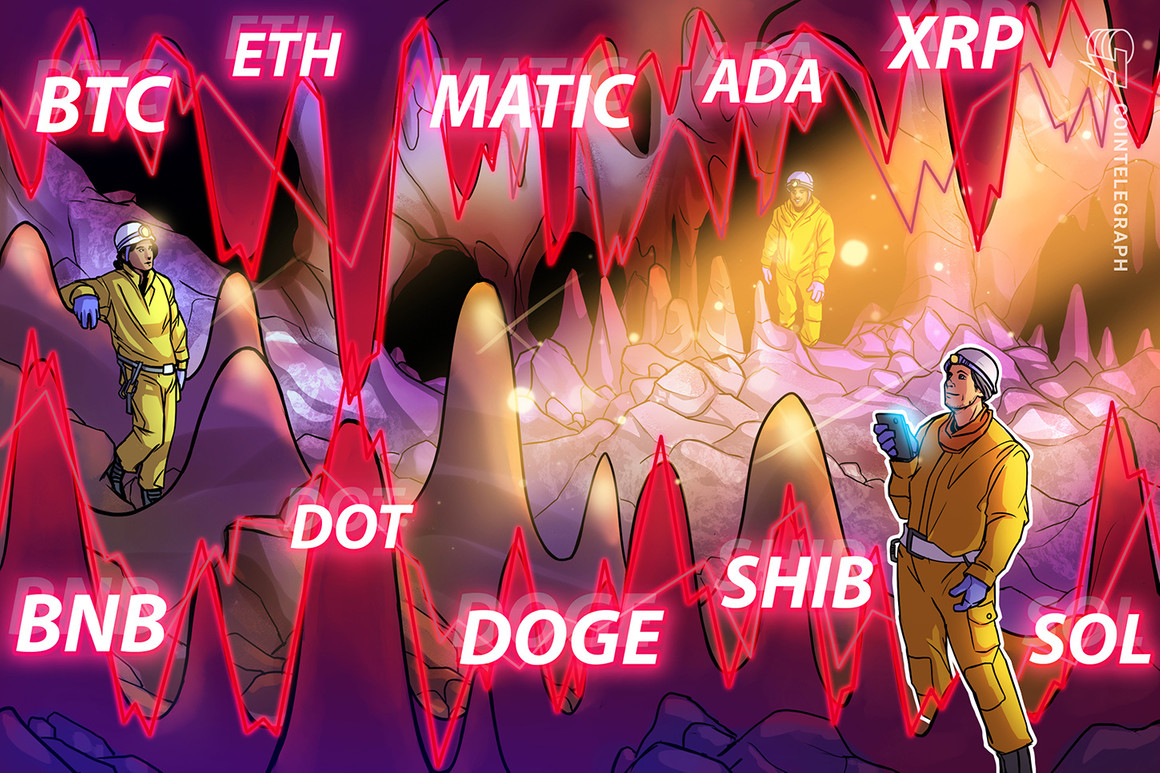 The UK is in focus after the British pound fell to a new all-time low against the US dollar. This slump is due to the announced tax cuts by Prime Minister Liz Truss’ government. 10-year Treasury yields rose 131 basis points in September, the biggest monthly rise since 1957, according to Reuters.

The currency crisis and the rising US Dollar Index (DXY) may not be good news for US stocks and the cryptocurrency market. However, there is still a glimmer of hope for Bitcoin (BTC). The pace of the decline has slowed over the past few days and the June low has not been retested.

That could be because long-term Bitcoin investors haven’t panicked. Data from on-chain analytics firm Glassnode shows that Bitcoin’s Coin Days Destroyed (CDD) indicator has hit a new low. With this, the coins that are dormant for a longer period of time are weighted more heavily. This suggests that long-held coins are “resting like never before.”

Could Bitcoin and altcoins continue to develop like this in the short term? Let’s look at the charts for it.

The bulls continue to aggressively defend the support zone between $18,626 and $17,622. This is a positive sign as it shows buyers taking action on breaks into the support zone.

The price bounced off the support zone on Sept. 26 and the bulls will now attempt to push BTC/USDT above the 20-day EMA at $19,653. A close above this resistance would be a first sign of strength. The pair could then scale the 50-day SMA at $20,960.

The bears are likely to face stiff resistance in the zone between the 50-day SMA and $22,799. The buyers need to push the price above this zone for a rally towards $25,211.

This bullish scenario will be invalidated if the price turns down from the moving averages and falls below $17,622. This could signal the continuation of the downtrend.

Ether (ETH) has been trading in a tight range between $1,262 and $1,360 for the past three days. This indicates indecisiveness in both the bulls and the bears.

If the bulls push the price above $1,360, ETH/USDT could rally to the 20-day EMA at $1,430. This level should be watched as a break above it would signal that the bears are losing the upper hand. The pair could then rally to the resistance of the descending channel.

However, if the price turns down from $1,360 or the 20-day EMA, it would indicate that sentiment remains bearish and traders are selling on rallies. The bears will then try again to sink the price to the channel support.

Buyers pushed BNB above the 20-day EMA at $276 on Sept. 24-25, but failed to sustain the higher levels. Price formed a doji candle on September 25th. This suggests that traders are still unsure of where to go next.

However, as the price has been trading near the 20-day EMA for the past few days, the prospects for a rally towards the resistance of the descending channel are getting better.

Aggressive selling by the bears could occur at this level. However, if the bulls prevent the price from falling below the 20-day EMA, BNB/USDT could scale above the 50-day SMA at $289. This could indicate a possible short-term trend change.

If the price turns down from the 20-day EMA or the range resistance, the bears will make another attempt to sink the pair to the $258 support.

The views and opinions expressed herein are solely those of the author and do not necessarily reflect the views of Cointelegraph. Every investment and every trade involves risk. Research well before making a decision.

The market data comes from the crypto exchange HitBTC.

112
All Comments
Bitcoin (BTC), Ether (ETH), Binance Coin (BNB) There are no comments yet! You can make the first comment.