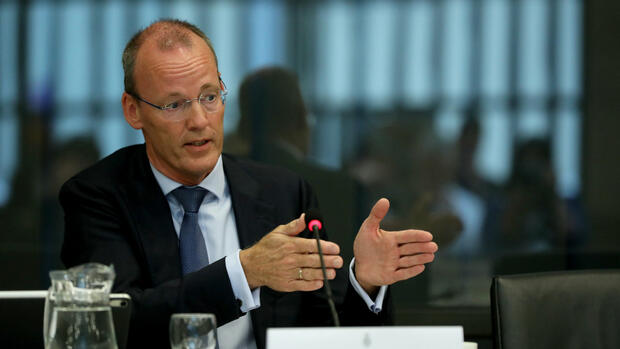 Frankfurt According to Klaas Knot, the head of the Dutch central bank, the European Central Bank (ECB) still needs at least two major interest rate hikes before it reaches an interest rate level that will neither boost nor slow down the economy.

However, no one knows exactly where the neutral interest rate level is. “We need at least two more significant increases before we get roughly in the range of plausible estimates for neutral,” he said.

Economists are currently assuming that the neutral interest rate level for the deposit rate, currently the most important interest rate for the financial markets, is between 1.5 and 2.0 percent. The ECB last raised the rate in an unusually strong step by 0.75 percentage points to 0.75 percent in September. The next ECB interest rate meeting is scheduled for October 27th.

High inflation won’t go away with just a bit of an economic slowdown, Knot said. “It will require continued effort on our part.” How the US Federal Reserve is dealing with the issue of reducing its bond holdings – known in the professional world as quantitative tightening (QT) – is an example for the ECB.

“I think a process like QT should be predictable, it should be gradual, it should even be a bit boring,” he noted. The US Federal Reserve was quite successful. At their recent meeting in Cyprus, the monetary authorities of the ECB spoke for the first time about reducing their balance sheet, which had swollen to almost nine trillion euros as a result of years of bond purchases.

More: Different views in the ECB on the monetary policy course

Morgan Stanley has cut 1,600 jobs – two percent of the workforce

10
All Comments
Central bank still needs at least two “significant” rate hikes There are no comments yet! You can make the first comment.