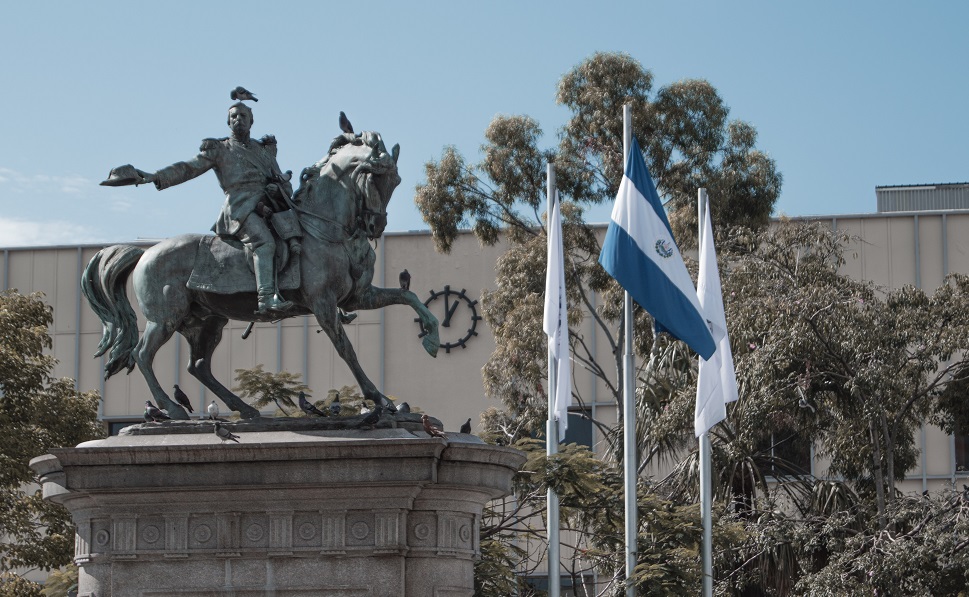 Huge move by the CoinCorner team. They waited until the Bitcoin Amsterdam Conference to announce their biggest expansion yet. The company opened up shop in El Salvador AKA Bitcoin country. Considering the level of bitcoinization that CoinCorner has accomplished in the Isle Of Man, this might be one of those stories that turn out to be really important down the line. The company comes wielding its headlining product, The Bolt Card, a contactless Lightning card.

From today, residents of El Salvador can open a CoinCorner account and access our full range of Bitcoin and Lighting services, including full functionality for our contactless Bitcoin Lightning card, The Bolt Card ⚡️

In the blog post announcing the opening, CoinCorner introduced the characteristics of its services:

“From today, residents of El Salvador will be able to open an account and access CoinCorner’s full range of Bitcoin and Lighting services. USDT will also be available on the platform for El Salvador users, as well as full functionality for The Bolt Card.”

This is huge for bitcoin, because The Bolt Card will drive adoption. It’s huge for El Salvador, because its citizens will not have to even open the Chivo Wallet. And huge for CoinCorner, that now has a whole new market to expand in.

The CoinCorner CEO, Danny Scott, came out with guns blazing:

“We’ve seen reports of a poor Bitcoin user experience in El Salvador which we hope The Bolt Card will improve — it’s a cheap, easy-to-use, offline solution for Bitcoin Lightning payments.”

Everybody knows who Scott is looking at while saying “poor Bitcoin user experience.” To the Chivo Wallet, that’s who.

For The Bolt Card to be successful in The Isle Of Man, CoinCorner had to onboard commerces one by one. In El Salvador, they have an ally in the Guatemalan company IBEX Mercado. And IBEX has been working in bitcoin adoption since El Salvador’s Bitcoin Law went into effect.

“As part of the expansion, CoinCorner has been working with IBEX, the Lightning infrastructure services company, to add NFC support to the IBEX Pay platform, meaning The Bolt Card will soon be compatible with any business in El Salvador using IBEX Pay.”

When The Bolt Card first came out, Bitcoinist was skeptical. We quoted Danny Scott describing it as “an offline NFC (contactless) card “tapped” the Lightning enabled POS device, which requested the required payment, my CoinCorner account grabbed my GBP, turned it into BTC and instantly sent BTC over Lightning to the merchant instantly settled.” And we said that QR codes and cell phones might be more efficient because the screens let you verify. That might be true, but we were wrong. The Bolt Card has been a complete success.

About its characteristics, Scott said in CoinCorner’s blog post, “The Bolt Card is interoperable with other Lightning wallets and gateways, meaning it will work at any business that uses a NFC-enabled wallet or gateway.” For their part, IBEX tweeted“Some things just make perfect sense. CoinCorner x IBEX Bringing bitcoin NFC payments to the world.”

CoinCorner And The Isle Of Man’s Hyperbitcoinization

In a recent Bitcoin Magazine piece, a British bitcoiner went to the Isle Of Man to check if someone could currently live on the bitcoin standard over there. Their conclusions:

“After a takeaway lunch from Timeout, it was clear that being a bitcoin-only tourist on this British Isle is a piece of cake. Little wonder: With many dozens of merchants already accepting sats and a population of only 86,000, the island is far more hospitable to Bitcoiners than the mainland.”

Is that all CoinCorner’s doing? Probably not, there have to be other forces at work. However, the company and The Bolt Card certainly helped. And CoinCorner will significantly contribute to El Salvador’s bitcoin adoption, also.

Bitcoin Isn’t The Problem – FTX Is

3
All Comments
CoinCorner Sets Up Shop In El Salvador, Offers Bitcoin And Lightning Services There are no comments yet! You can make the first comment.