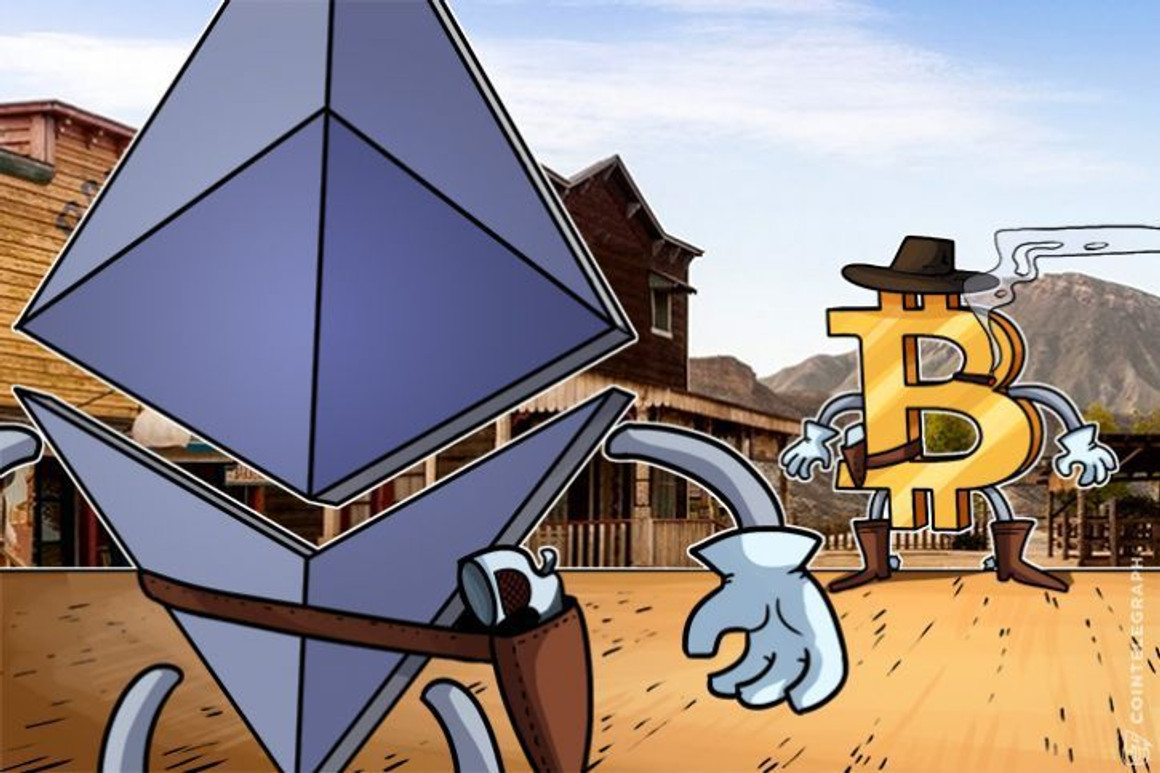 This course analysis was prepared in cooperation with crypto exchange KuCoin. Centralized crypto trading platform KuCoin was launched in September 2017. It offers a variety of different financial services such as margin and spot trading, P2P fiat trading, staking, futures trading and lending.

The US authorities continue their efforts to tackle inflation. On Wednesday, the Federal Reserve raised interest rates by 75 basis points to a target range of 3 to 3.25 percent.

In a public statement, the Fed said it was committed to bringing inflation back to its target of 2 percent over the long term.

The US Federal Reserve has also continued to shrink its balance sheet. To this end, it has reduced its holdings in government and mortgage-backed securities and agency debt. The US Federal Reserve again cites global economic pressure as the reason for this. Unsurprisingly, news of this increase led to Bitcoin (BTC) dropping below $19,000.

Banks around the world are getting more and more involved in implementing digital assets and blockchain. The Development Bank of Singapore (DBS) announced on September 23 that it intends to offer crypto services to 100,000 retail customers. On September 19, Citi, one of the world’s leading banks, conducted the first paperless trade operation to facilitate the importation of agrochemical products from India to Bangladesh. Using the TradeLens blockchain platform, Citi used an electronic bill of lading to confirm the trade.

However, not everyone in the banking industry is positive about cryptocurrencies. Last week, JPMorgan CEO Jamie Dimon said Bitcoin and other popular coins are nothing more than decentralized Ponzi schemes. He also said cryptocurrencies encourage theft, money laundering, sex trafficking and other crimes. Still, the banker also acknowledged that blockchain technology and Decentralized Finance (DeFi) could make financial transactions easier.

This week, Bitcoin closed at -5.1 percent, according to Coinmarketcap. While not drastic, the drop fell as low as $18,500, its lowest level since July 2022. Bitcoin’s market cap is $368.5 billion at press time, and the total cryptocurrency market cap is 938.6 billion dollars.

BTC is under increasing scrutiny from the authorities. The U.S. military innovation bureau recently hired a crypto company to investigate possible illegal activities being conducted using digital assets. The US Department of Justice also wants to get into the crypto space and recently announced the establishment of a new crypto crime department.

Despite Bitcoin’s sober performance over the past few months, Mike Novogratz remains confident when it comes to the largest cryptocurrency optimistic. Galaxy Investment CEO says Bitcoin is similar to gold and a robust inflation hedge. This makes the asset a future-proof store of value: “In the long term, gold and Bitcoin will gain as central banks and governments backtrack.” Novogratz believes rate hikes can also be positive for the market. And the investor is not entirely wrong, because the previous rate hike sent the markets higher. BTC broke through $22,000 and Ether (ETH) peaked around $1,500.

ETH is no longer in the weekly top losers list on Coinmarketcap. However, he failed to make any gains. This week it closed down -8.7 percent and at press time is $1,329. Ethereum’s market cap is $162.6 billion. 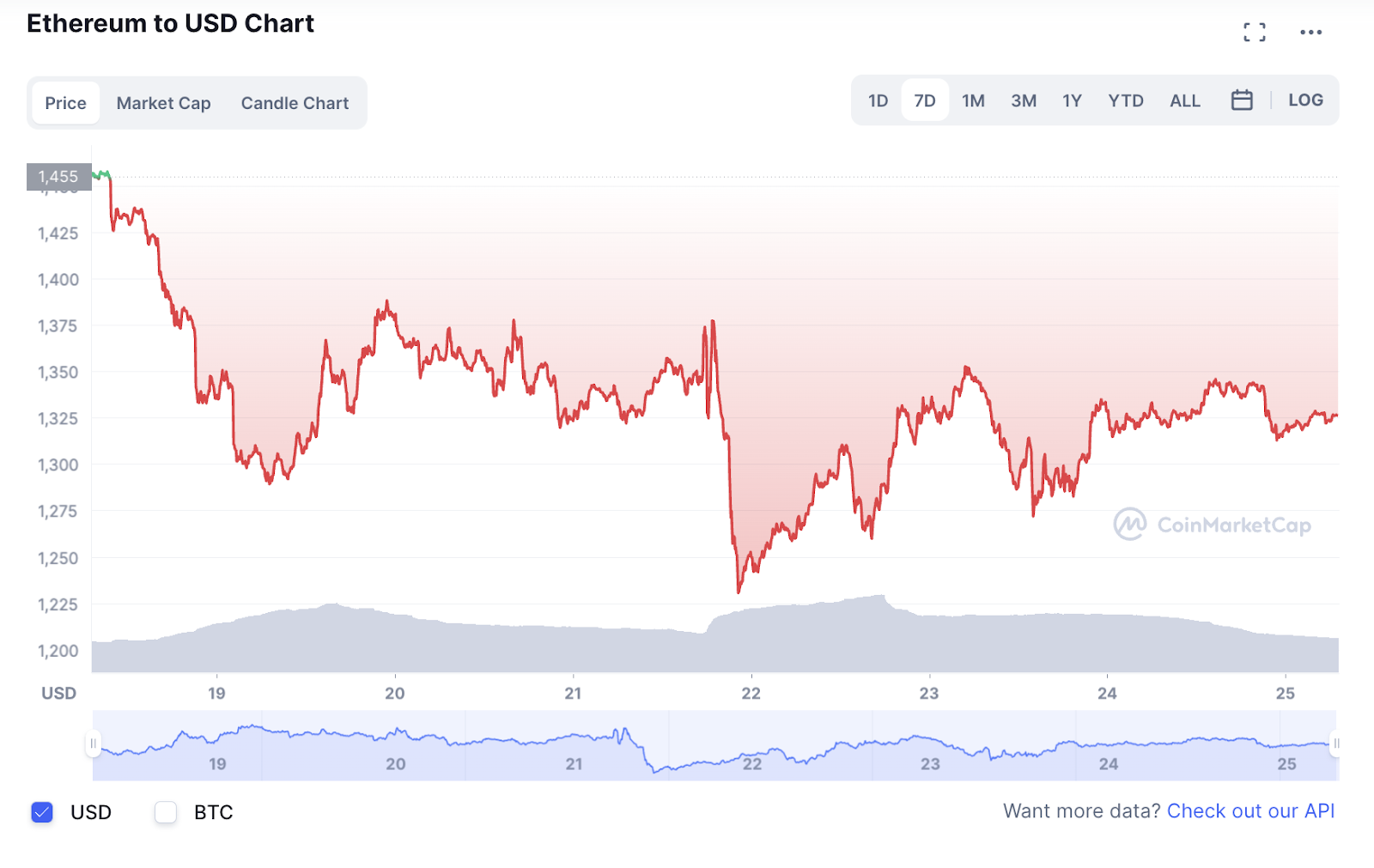 Analysts believe Ethereum has exhausted its short-term upside potential. The merge is now old hat. Nevertheless, Ethereum continues to fall and that begs the question: Can this still be explained by the “sell the news” effect? Just a few hours after Ethereum switched to PoS, buyers have gradually diminished. Most appear to have exploited the short-term profit potential and had no long-term plans.

Despite Ether’s weak price action, Ethereum developers believe more digital asset networks should switch to Proof of Stake (PoS). At the Messari mainnet conference, Vitalik Buterin expressed hope that Zcash and even Dogecoin will eventually move to a PoS. That would improve the scalability of their respective networks and reduce transaction fees for their users.

Disclaimer. Cointelegraph does not endorse any content or products on this site. While we want to give you all the important information we can get, readers should do their own research before acting. They bear full responsibility for their decisions. This article does not constitute investment advice.

96
All Comments
Cryptocurrencies decline on US Federal Reserve rate hike There are no comments yet! You can make the first comment.