Dax continues rally – Foreign investors are on the buying side 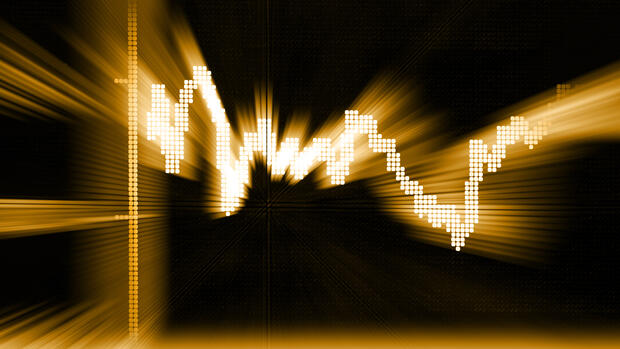 This means that the plus compared to the low for the year at the end of September, when the leading index slipped to 11,862 points, is already over 1050 points at the top. With today’s trading day, the Frankfurt benchmark also marked a new monthly high with 12,924 points.

On the way up, the leading index has already surpassed the 50-day line this Tuesday, which is currently at 12,867 points. This is followed by the round mark of 13,000 points. This upward movement will remain intact as long as the stock market barometer remains above 12,400 points. According to Jörg Scherer, technical analyst at HSBC Germany, this is where the first, massive holding zone is located.

However, the decision as to whether the bear market rally will turn into a sustainable trend reversal is only made above 13,500 points. Only with prices above this mark would the downward trend no longer be intact.

Just above that at 13,820 points is the rapidly falling 200-day line, which is observed by long-term investors and is probably the decisive resistance on the way up. Since the fall in price at the beginning of the year, the leading index has not been able to overcome this important line and is therefore the classic indicator for the transition from a bear market rally to a sustainable trend reversal.

In the opinion of Thomas Altmann from the investment house QC Partners, the first prerequisite for such a transition would be that the reporting season continues to run smoothly. So far, according to Konstantin Oldenburger of CMC Markets, the quarterly results of the major US banks have been better than expected. He sees increasing chances of bottoming out.

A look back at the development of the Dax three months ago helps to classify this. As early as July 2022, the reporting season at that time ensured a decent bear market rally, the Dax rose by around twelve percent by mid-August. Converted to the current situation, that would be a price target of 13,285 points.

The numbers of the first US technology companies should be groundbreaking. Today, Tuesday, after the US stock market close, the streaming group Netflix will start, a day later Tesla will present figures. “If the tech companies also succeed in confirming their current forecasts, that would be a strong sign for investors,” says Oldenburger. “Bigger corrections, on the other hand, could become a party killer and stop the recovery before the twelve percent was reached.”

The euro is making a comeback. The European common currency is up more than 2 percent against the US currency since last Thursday and is currently trading at $0.9868, up another 0.3 percent.

It is an indication that foreign investors are becoming more involved in European stock markets. A simple comparison also shows this: On September 28, when the Dax slipped to its previous low for the year, the euro also reached its lowest level of the entire year at USD 0.9534. In any case, a lot of capital has flowed to Europe since then.

A Bank of America survey of international fund managers confirms this view. The asset managers have therefore greatly reduced their underweight in German stocks.

Yesterday’s reversal in the controversial tax plans in Great Britain also makes for more willingness to take risks. The new British Treasury Secretary, Jeremy Hunt, announced on Monday that almost all of Prime Minister Liz Truss’ tax plans would be reversed. The debt-financed tax cuts are off the table.

The pound initially received further impetus from a media report according to which the British central bank intends to further postpone the bond sales planned as part of its tighter monetary policy. The pound initially appreciated as much as 0.5 percent to $1.1410 before slipping 0.6 percent after a denial from the Bank of England (BoE). A central bank spokesman said the report was incorrect.

The “Financial Times” had reported, citing unnamed BoE executives, that the start date for the sale of bonds, which had been postponed from October 6 to the end of the month, could not be kept. According to stockbrokers, this was also received positively on the trading floor.

The prospect of a more sustainable budgetary policy prompted investors to turn to British government bonds again. This pushed yields on ten-year British bonds back below four percent. At the same time, yields on ten-year US bonds fell and currently stand at 4.02 percent. The yield on federal securities is also falling. The value for the ten-year federal bond is currently 2.35 percent. Last Thursday, the yield peaked at 2.41 percent.

Nagarro: The Munich software developer is increasing its sales and profit expectations for the current year. Sales will increase by around half to EUR 830 (previous year: 546) million. At the end of July, Nagarro had raised its sales forecast by EUR 30 million to EUR 800 million. The share rose by 5.8 percent to over 100 euros. However, the price has more than halved since the beginning of the year.

Technology stocks were among the winners overall. The European industry index rose by 2.7 percent. Chip industry supplier Aixtron leads the list of winners with a plus of 6.6 percent.

Roche: Despite noticeably lower sales of drugs and diagnostic tests against Covid-19, the Swiss pharmaceutical company sees itself on course to its annual targets. In the third quarter, however, the declining demand for corona products slowed down the drug manufacturer from Basel more than analysts had expected. And there are no signs of a turnaround despite the threat of a new corona wave. The share price fell by 0.8 percent.

Pfeiffer Vacuum: As the clear leader in the SDax, the share certificates are up 12.2 percent. After a record nine months, the vacuum pump manufacturer is more optimistic about 2022. Looking at the year to date, sales of between 860 and 880 million euros can now be expected. This is above the previous average analyst forecast of 830 million euros.

Here you can go to the page with the Dax course, here you can find the current tops & flops in the Dax.

12
All Comments
Dax continues rally – Foreign investors are on the buying side There are no comments yet! You can make the first comment.