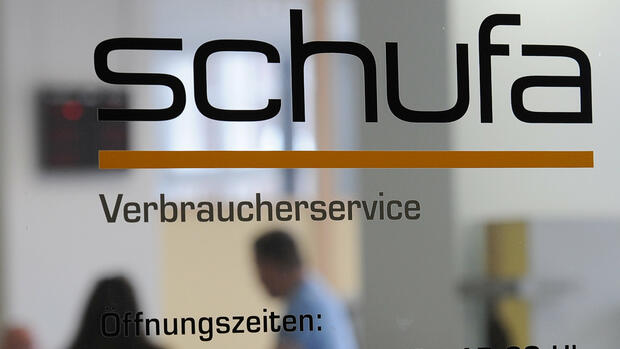 Frankfurt Next chapter in the struggle for the credit agency Schufa: Deutsche Bank and Commerzbank want to sell their shares in the Wiesbaden rating agency, as several people familiar with the topic told the Handelsblatt. Both banks therefore held talks with the financial investor EQT.

Deutsche Bank and Commerzbank together hold 18.6 percent of Schufa. According to financial circles, the talks are on the right track, but the sale is not yet done. In addition, the existing Schufa shareholders have a right of first refusal.

EQT, Deutsche Bank and Commerzbank declined to comment on the talks, which were first reported by the Bloomberg agency.

If a consumer in Germany wants to take out a loan, buy a car or rent an apartment, banks, retailers or landlords usually do a credit check with the credit agency, which was founded in 1927 as the “protection group for general loan security”.

In autumn 2021, EQT had agreed with the major French bank Société Générale to take over their ten percent stake in Schufa and also wanted to buy more shares. The value of the Schufa was estimated at two billion euros at the time.

Banks have a hard time with joint ventures

Savings banks and cooperative banks, however, wanted to prevent EQT from taking a majority stake in Schufa. As existing shareholders, they therefore at least partially used their pre-emption rights for the participation of Société Générale – and thereby increased their stake in Schufa to around 55 percent.

“For the cooperative financial group, the stake in Schufa is of great strategic importance,” explained Daniel Quinten, board member of the BVR cooperative association, in the summer. “By increasing the shares, we are sending a clear signal for Germany as a business location – with a credit agency that enjoys a high level of acceptance and trust among banks, retailers and consumers in this country.”

However, EQT does not want to be put off and, according to financial circles, is still interested in a minority stake. The fact that Deutsche Bank and Commerzbank are now possibly selling their Schufa shares to the Swedes will not go down well with many savings banks and cooperative banks.

It would also be another sign of how difficult the German banking industry is with joint ventures. Their joint online payment service Giropay, which is backed by the company Paydirekt, which was launched in 2015, still plays no role on the domestic market.

The Girocard, better known by its old name “EC card”, is no longer the main payment card for the current account at all banks. Several financial institutions, including DKB, Targobank and Hypo-Vereinsbank (HVB), offer primarily or also Visa debit cards.

Several German banks have also withdrawn from the planned European payment system EPI, including DZ Bank, Commerzbank and HVB. Deutsche Bank and savings banks, on the other hand, are continuing to fight for the establishment of a uniform EU payment system.

12
All Comments
Deutsche Bank and Commerzbank want to sell shares. There are no comments yet! You can make the first comment.