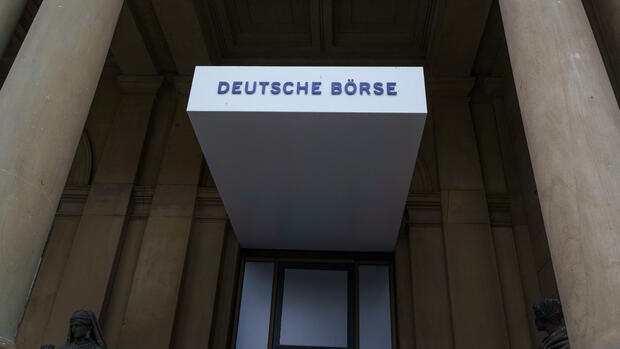 Frankfurt The high fluctuations on the markets gave Deutsche Börse a significant increase in profits in the third quarter. The operating result (Ebitda) climbed in the first quarter by 29 percent to 642 million euros, as Germany’s largest stock exchange operator announced on Wednesday evening.

Net sales even grew by 30 percent to 1.09 billion euros. With both key figures, the group clearly exceeded the expectations of the analysts – and then also raised its annual targets.

Net sales are now expected to increase to more than EUR 4.1 billion in 2022 instead of the EUR 3.8 billion targeted in February. In terms of operating profit, Deutsche Börse is now aiming for more than 2.3 billion euros instead of around 2.2 billion euros.

The financial markets have been turbulent since the beginning of the Russian war of aggression against Ukraine. The high level of inflation, the energy crisis, the interest rate turnaround by the central banks and the collapse of the euro are also causing a lot of activity.

The “high degree of uncertainty on the financial markets” continued in the third quarter, stated CFO Gregor Pottmeyer. In this environment, Deutsche Börse significantly exceeded its expectations and therefore decided to raise the forecast for 2022 again.

The company had already earned well in the first half of the year and therefore announced in July that it would significantly exceed the targets originally set.

Hedging in trading with financial derivatives and commodities in demand

“Russia’s ongoing war of aggression against Ukraine and the associated sanctions represent a significant factor of uncertainty with regard to the supply of gas to the energy markets and the general reliability of supply chains,” said the Hessian Dax group in its quarterly statement. This has led to a greater need for hedging among market participants, especially in trading in financial derivatives and commodities.

The most important segment trading and settlement (clearing) increased its net revenue in the third quarter by 31 percent to 554 million euros. Among other things, the Group benefited from the fact that market participants had to deposit significantly more collateral in the derivatives business. In addition, revenues from gas products have almost doubled.

Across the group, however, operating costs also rose by around 19 percent to EUR 445 million – and thus somewhat more than analysts had expected.

Deutsche Börse is now preparing for higher costs for the year as a whole. “This is mainly due to the stronger US dollar, inflationary effects and higher share-based and variable remuneration,” says the quarterly report. The management can look forward to handsome bonus payments for the current financial year.

12
All Comments
Deutsche Börse benefits from volatile markets and raises targets There are no comments yet! You can make the first comment.