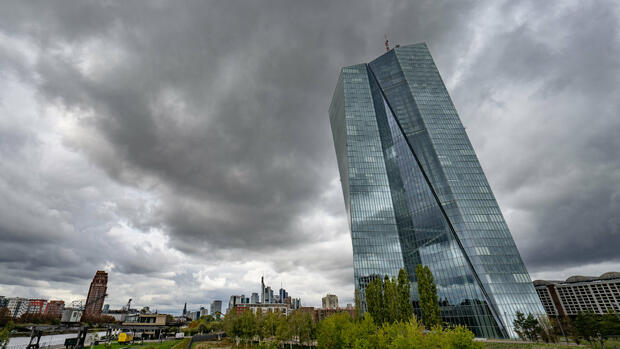 London The European Central Bank (ECB) will launch another major rate hike at its interest rate meeting next week to fight record inflation, according to a Reuters poll of economists. On average (median), the economists assume that the monetary watchdogs will raise the key interest rate by 0.75 percentage points to 2.00 percent on October 27th.

They also expect that the deposit rate – which is currently the relevant interest rate for the financial markets – will then also be raised by 0.75 points to 1.50 percent. More than 60 economists took part in the poll, which ran from October 12-18.

The European Central Bank (ECB) is aiming for an inflation rate of two percent for the economy in the currency area. But she’s a long way from that at the moment. Driven by the surge in energy prices as a result of the Ukraine war, the inflation rate in the euro area climbed to a record 9.9 percent in September.

The ECB initiated the turnaround in interest rates in the summer and increased the key interest rate to 1.25 percent and the deposit rate to 0.75 percent in two steps. ECB President Christine Lagarde has also announced further rate hikes.

According to the survey, economists also expect on average (median) that the ECB will raise the key interest rate to 2.50 percent by the end of the year. For the deposit rate, they expect a level of 2.00 percent by then.

The economists assume that the monetary watchdogs will raise the rate to 2.50 percent on their current rate hike path, with this rate peak in their view being reached in 2023. They expect the key interest rate to peak at 3.00 percent, which according to their forecasts will also be reached next year. In the September survey, they had forecast that the deposit rate would only rise to 1.5 percent in 2023 and the key interest rate to just 2.00 percent.

More: Bank of England: No decision made to postpone bond sales

11
All Comments
Economists expect the ECB to raise interest rates by 0.75 percentage points There are no comments yet! You can make the first comment.