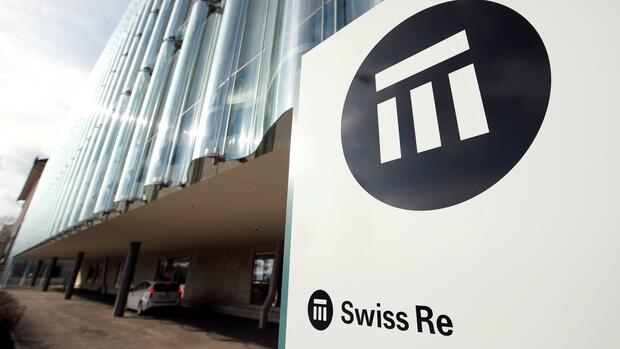 Zürich Hurricane Ian is costly for Swiss reinsurer Swiss Re. The Zurich-based group dropped its profitability target for the current year on Tuesday because of the costs of the storm.

“Swiss Re is expected to fall short of its 2022 Group return on equity (ROE) target of 10%, but stands by its profitability targets for 2024,” the company said. Swiss Re estimates the claims burden from “Ian” at $1.3 billion and is therefore expecting a loss of around $0.5 billion in the third quarter.

According to a spokesman, competitor Munich Re cannot yet provide any information on the costs that the industry leader will incur because of “Ian”. The number three in the industry, Hannover Re, referred to recent statements by CEO Jean-Jacques Henchoz that the company could be less affected by the hurricane than its competitors.

“Ian” caused severe damage in early October in the US state of Florida with wind speeds of up to 240 kilometers per hour, interrupted the power supply over a large area for days and claimed more than 80 lives. According to Swiss Re, the insured losses could total up to $65 billion – making “Ian” one of the costliest hurricanes in history. Hurricane Katrina in 2005 was the most costly for the industry so far, with insured losses of more than 80 billion dollars.

In the future, given the increase in natural disasters, which are also due to climate change and are becoming increasingly severe, it could become more difficult to obtain insurance against them – especially in Florida. Numerous reinsurers are withdrawing from the market for covering losses from hurricanes, floods or earthquakes and supply is already becoming scarce. Swiss Re, on the other hand, even wants to expand this business.

In the largest line of property-casualty reinsurance, in which Swiss Re generates more than half of its premium income, the targeted adjusted combined ratio of less than 94 percent in the current year is likely to be missed, the company said. The smaller this indicator is, the more profitable the business is.

In addition to “Ian”, more small and medium-sized damage and rising inflation, which makes repairs more expensive, would also have a negative impact. According to Swiss Re, the areas of life reinsurance and corporate solutions, the business with primary insurance for large customers, are on course for the annual targets. With a solvency ratio according to the Swiss Solvency Test (SST) of 274 percent as of the beginning of July, the company continues to have a very strong capital base.

>> Read here: Hurricane Ian is likely to be expensive for European reinsurers

The profit warning made no big waves on the stock exchange. With a price increase of 0.7 percent, Swis Re developed slightly better than the European insurance stocks as a whole. Analysts had expected a profit warning in view of the great damage caused by “Ian” for the industry. However, the distribution should not be threatened.

“The strong solvency and the positive prospects for 2024 make us confident for a constant, maybe slightly increasing dividend,” explained Vontobel analyst Simon Foessmeier. With a dividend yield of a good eight percent, Swiss Re is one of the companies with the highest dividends on the Swiss stock exchange – a reason for many investors to put the shares in their portfolio.

More: US storm Dorian could cost reinsurers up to $40 billion.

12
All Comments
Hurricane “Ian” destroys Swiss Re’s annual target – around 1.3 billion dollars in damage There are no comments yet! You can make the first comment.