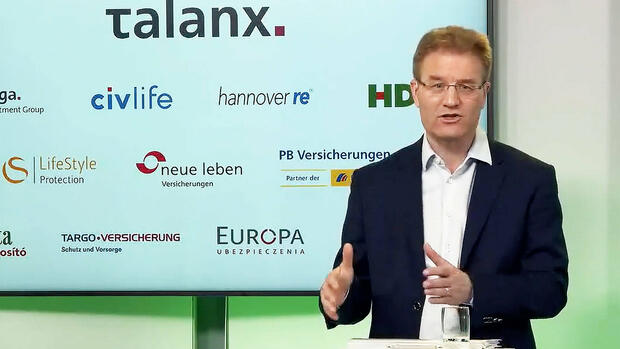 Frankfurt After a long period of preparation, the new accounting standard IFRS 17 for insurers will come into force next year. This will lead to significant changes in the balance sheets of the affected groups. “Investors and analysts will therefore probably be uncertain for a while when they look at our figures,” said Talanx CFO Jan Wicke at a press conference.

However, one believes that the figures will become more transparent and easier to understand for investors. “This will reverse the undervaluation of insurer shares,” Wicke is convinced.

At the Capital Markets Day on 6 December, Talanx intends to announce the specific effects on the balance sheet and income statement. Other insurers who apply the international accounting rules are now gradually preparing the public for the changes. The Zurich Insurance Group recently tried to reassure investors by saying that the company’s business and dividend policy would not change.

IFRS 17 regulates the accounting of insurance contracts, i.e. their recording, measurement and disclosure in the annual report. The concrete design of the standard was discussed for years, and its introduction was finally postponed.

The set of rules replaces the previous standard IFRS 4 and is now scheduled to come into force on January 1, 2023. Talanx, for example, will still prepare the 2022 annual report according to the old rules, but at the same time will show what will change in the future. In the first quarter of 2023, IFRS 17 will then be applied for the first time.

Talanx CFO Wicke is hoping for an improvement, above all through more consistent preparation of the assets and liabilities side of the balance sheet. What he means by that can be well explained by the rise in interest rates over the past year: insurers had to set lower values ​​for a number of financial investments that have lost value in the current market environment. Claims reserves, on the other hand, remained largely rigid. As a result, the balance sheet equity fell.

In future, insurers will also have to adjust claims provisions to market conditions. It is taken into account when an insurer will probably have to take responsibility for the damage. As a result, equity remains more stable over time.

Expected profits in life insurance will also have to be spread more evenly over the term of the contract in the future. A part may then no longer be held in equity, but must be placed in a new position – the so-called profit storage (Contractual Service Margin, CSM). If high-interest old contracts bring losses, this becomes more visible. At the time of the changeover, the equity of some insurers should therefore fall.

Investors also have to change when looking at the profit and loss account. According to IFRS 17, gross premiums are no longer reported, but insurance sales. This means, for example, that the savings portion contained in life insurance contracts is deducted. Turnover will therefore be lower than previous gross premiums.

“It is important that our profitability or our financial strength does not change, only the presentation,” emphasized Wicke. Analysts are still divided on whether this new presentation actually leads to a higher valuation on the stock market, as the experts at the private bank Berenberg recently presented in a study.

On the one hand, the lower balance sheet equity with an almost constant net result leads to a higher return on equity (RoE). “This will show that, contrary to what is often assumed, insurers are making solid profits with relatively little capital.”

On the other hand, the higher return on equity does not change the distribution to the shareholders, since the insurers only change the accounting and do not pay a higher dividend.

Despite the advantages that insurers are hoping for, the changeover involves a great deal of effort, as Talanx CFO Wicke emphasized once again. According to a survey by consulting firm WTW this summer, only 40 percent of 26 multinational groups expect to be able to implement the new set of rules in a detailed and timely manner. Of the other 244 insurers surveyed, 80 percent assumed that the timely introduction would only be possible through significant simplifications or without a deep understanding of the numbers.

In Germany, there are now only a few insurers who draw up IFRS accounts. The conversion primarily affects the large, listed groups such as Talanx, Allianz and Munich Re, as well as a few other insurers.

7
All Comments
Insurers hope for higher valuation under IFRS 17 There are no comments yet! You can make the first comment.