Interest rates are currently the “most appropriate” monetary policy tool 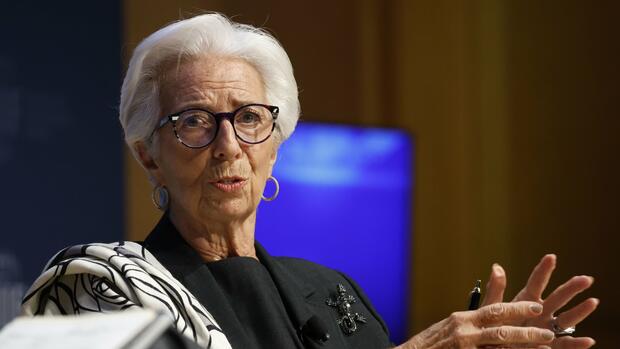 Frankfurt According to ECB President Christine Lagarde, interest rate hikes are the tried and tested instrument in the fight against rampant inflation. In the current circumstances, interest rates are the most effective and appropriate tool, Lagarde said at an Institute of International Finance (IIF) event in Washington on Wednesday.

“And according to a proportionality assessment that we do when we pick from the toolbox, it’s the one that actually performs the best,” she says. Lagarde also addressed the debate about shutting down the trillion dollar bond holdings. The ECB’s balance sheet has swelled to almost nine trillion euros as a result of bond purchases in recent years.

The central bank wants to ensure that inflation expectations do not get out of hand, said Lagarde. “And we have to make sure that we don’t increase and stimulate demand.”

The shutdown of these is referred to in the professional world as quantitative tightening (QT). It’s about the time horizon and the speed. “This is a discussion that we have started and that will be continued.” The euro guards spoke for the first time on the subject at their meeting in Cyprus recently.

According to Lagarde’s ECB council colleague, the Dutch central bank chief Klaas Knot, the ECB could orient itself towards the US Federal Reserve when reducing its bond holdings. “I think a process like QT should be predictable, it should be gradual, it should even be a bit boring,” he told Bloomberg TV.

The US Federal Reserve has been quite successful in this regard. At a forum at the International Monetary Fund’s annual meeting in Washington, he became clearer: as soon as the path to normalizing key interest rates is complete, the reduction in bond holdings will become part of the instrument mix.

From the point of view of France’s head of the central bank, Francois Villeroy de Galhau, one should not wait too long before reducing bond holdings once interest rates have reached the so-called neutral level, which neither heats up nor slows down an economy. This level is estimated at just under two percent, he said Tuesday at an event at Columbia University in New York.

First of all, according to Villeroy, the funds from the multi-year large credit salvos of the ECB – known in the professional world as TLTRO – should then be repaid by the banks. After that, the balance sheet reduction could be initiated by the fact that expiring bonds from the earlier APP purchase program are no longer completely replaced. According to Villeroy, this could start as early as 2024. Bundesbank President Joachim Nagel recently spoke out in favor of reducing the ECB’s bond holdings.

More: Different views in the ECB on the monetary policy course

12
All Comments
Interest rates are currently the “most appropriate” monetary policy tool There are no comments yet! You can make the first comment.