Made In The USA: WhatsMiner Will Produce Bitcoin Miners In American Soil 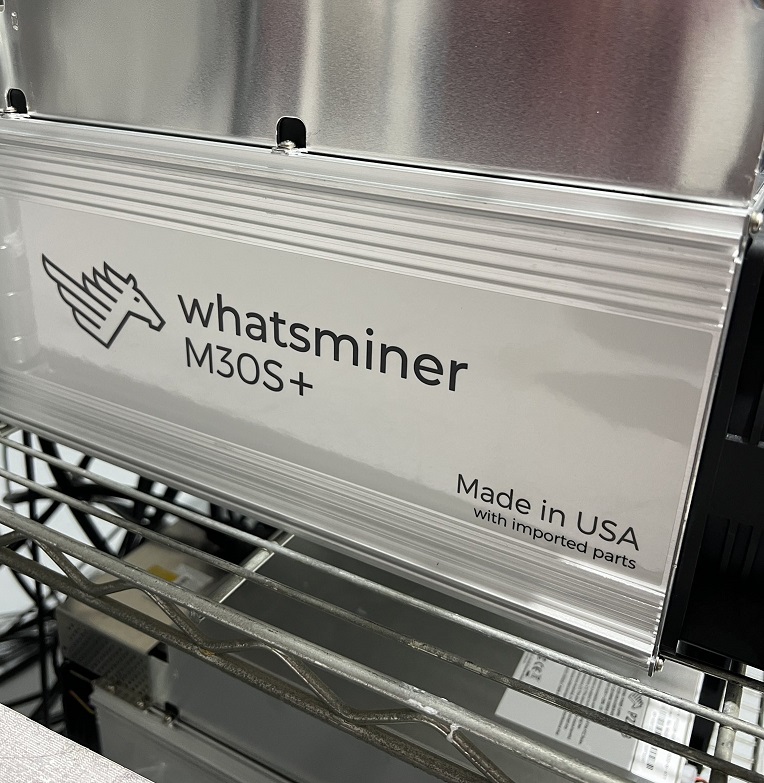 Did WhatsMiner just claim first-mover advantage? Is MicroBT, the manufacturing company, about to conquer the American continent? If so, this is big for the company, mining, and the bitcoin network. The uncertainty comes from the fact that there are no press releases in the distribution services. And neither WhatsMiner nor MicroBT’s official channels have confirmed the vast development. They have retweeted a few cryptic tweets, though. And it seems like the product already exists.

Why not just say Assembled in USA?

That WhatsMiner M30S+ that’s “Made In USA with imported parts” exists. The man who tweeted the picture, miner Kevin Zhang, recently attended the “WhatsMiner Hydro-cooling Show.” A recent press release about the event described it as “MicroBT will partner with HeatCore to provide integrated hydro-cooling mining and heating system. The WhatsMiner hydro-cooling show will be held at the Titan Energy Park, Bellefonte, PA, the US.”

We are so glad we had the opportunity to attend the @Whatsminer_MBT #HydroCoolingShow and witnessed their new product released! 🫶

Did MicroBT announce USA production capability at that event? It seems so. The slide in this tweet’s first picture reads “Made In America” and has the MicroBT logo at the bottom. “We are so glad we had the opportunity to attend the WhatsMiner Hydro-cooling Show and witnessed their new product released!,” mining platform Bitdeer tweeted.

What else does the Internet know? Let’s find out!

WhatsMiner And Its American Partner

The main source is Chinese journalist Colin Wu, who tweeted:

He also stated the obvious, “Whatsminer produces in the United States can reduce taxes and shipping costs for customers.” Traditionally, the manufacturing of bitcoin mining machines has been a monopoly for Chinese companies. The production of both the Antminer and the Whatsminer is done in Asia and exported to the whole world from there. In the last few years, American giant Intel announced and quickly entered the market with their Blockscale ASIC.

As the second-largest bitcoin mining machine manufacturer in the world, MicroBT has been slowly expanding into North America. The company operates one “WhatsMiner after-sales repairing centers” in the US, two in Canada, and two in Kazakhstan. These “repair labs” are mostly for machines that are still on warranty, and they make a lot more sense now that MicroBT announced US production capabilities.

What Else Do We Know About The US Factory?

Quite a lot, actually. When asked “Why not just say Assembled in USA?,” Kevin Zhang shared even more details. Apparently, the project “encompasses everything after the chip level” and has “Been secretly in the works for the last 3 years!” Not only that, he shared this video that shows the facilities in action:

Gd it Steve. I knew someone was going to be smart ass about this. Should’ve known it would be you 😉

Because it’s actually manufacturing the boards! Encompasses everything after the chip level. It’s fucking awesome. Been secretly in the works for the last 3 years! pic.twitter.com/Thx6YbDGDb

This is a small step towards decentralization, but a step nonetheless. There are still too few companies manufacturing ASICs, but at least the production isn’t limited to one continent anymore. Getting a shipment from the USA is cheaper and faster than getting it from Asia. This is a great day for bitcoin mining and for the American continent.

Bitcoin miners everywhere are suffering high energy costs and zero increase in the asset’s price, but the hashrate keeps marking ATH. Do the miners know something we don’t?

4
All Comments
Made In The USA: WhatsMiner Will Produce Bitcoin Miners In American Soil There are no comments yet! You can make the first comment.