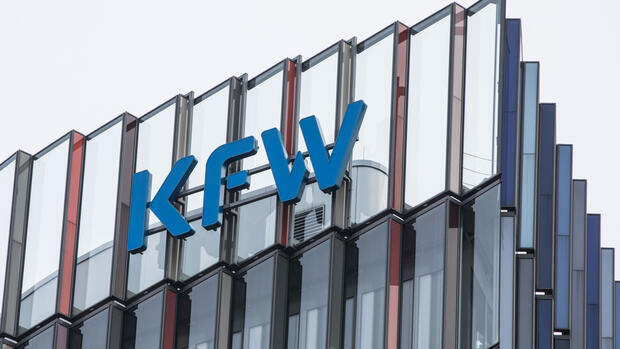 Frankfurt The energy crisis and fears of a recession are now having a noticeable impact on medium-sized companies’ access to bank loans. This is the result of the quarterly survey of the KfW Ifo credit hurdle, which determines the percentage of companies that classify banking behavior in credit negotiations as “restrictive”.

“In the third quarter, the KfW Ifo credit hurdle for small and medium-sized enterprises rose sharply. 27.9 percent of the SMEs surveyed who were in loan negotiations classify the behavior of the banks as restrictive,” said KfW on Thursday. This is an increase of 7.1 percentage points compared to the previous quarter. “The credit hurdle for SMEs has thus also reached a new record high since the current survey methodology was introduced in 2017,” explained KfW.

There were already signs of this development: in the Bundesbank’s Bank Lending Survey published in July, the majority of the credit institutions surveyed had already stated that they intend to further tighten their lending guidelines in the third quarter. The financial institutions justified their increasing caution with the clouded economic prospects as well as industry and company-specific factors, which in their view lead to a higher credit risk.

“In view of the looming recession, the massive increase in energy prices and rising interest rates, banks were expected to be more cautious and financing conditions to deteriorate,” said Fritzi Köhler-Geib, chief economist at KfW. However, Köhler-Geib was surprised that “in contrast to medium-sized companies, the situation in large companies has eased for the second time in a row”.

Bank representatives justify this by saying that it is often easier for large companies to adapt to a difficult environment. “It’s easier for big corporations to diversify their energy sources, for example,” said a senior banker, who asked not to be named.

Service providers and industrial companies seem to be having a particularly difficult time at the moment: Service companies complained particularly frequently about the restrictive behavior of banks with a share of 33.2 percent, followed by companies from the manufacturing sector with 27.7 percent. Representatives of the main construction trades (18.3 percent) and wholesalers and retailers (around 17 percent) reported difficulties much less frequently.

Overall, however, the demand for financing seems to be rather low. The proportion of companies that conducted loan negotiations at all was below the long-term average at 20.3 percent for medium-sized companies and 29.9 percent for large companies.

To determine the KfW-Ifo credit hurdle, around 9,000 companies from the manufacturing, construction, wholesale, retail and services sectors are surveyed every month, including 7,500 medium-sized companies. Only those responses from companies that previously stated that they had held loan negotiations with banks in the past three months are included in the calculation of the credit hurdle.

More: What speaks for a wave of insolvencies – and what against it

7
All Comments
Medium-sized companies find it harder to get financing – banks argue with high risks There are no comments yet! You can make the first comment.