Out for insolvent crypto platform Nuri: Berlin fintech is being wound up 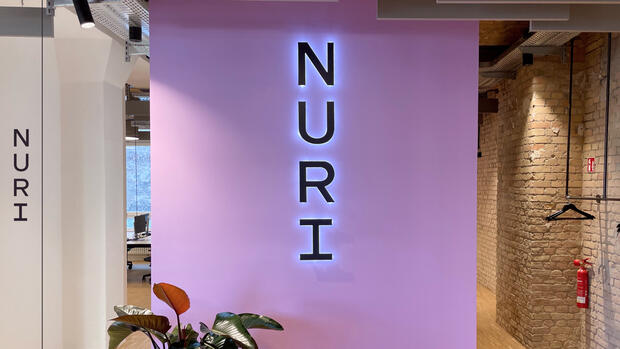 Frankfurt It’s the end for one of Berlin’s best-known fintechs: the insolvent crypto platform Nuri has not found a buyer – and is now being wound up. In the past few weeks, the economic environment for Nuri has continued to deteriorate, said Nuri boss Kristina Walcker-Mayer.

“Uncertainties that were triggered by the interest rate turnaround and the Ukraine crisis and are weighing on the crypto market have increased and deterred the remaining investors,” she continued. That is why Nuri had to shut down business operations and lay off the remaining 100 employees.

Nuri, formerly Bitwala and founded in 2015, filed for bankruptcy in early August after the company had previously failed to receive fresh capital from investors. Even then, the market environment was a burden on the search for investors, and Nuri also came under pressure from the insolvency of US partner company Celsius.

Celsius halted cryptocurrency withdrawals in mid-June. A few weeks later, the company filed for bankruptcy. Nuri had referred customers to the Americans as part of a Bitcoin earnings account. They are now worried about their deposits. Investors therefore also saw legal risks at Nuri.

Nevertheless, both Walcker-Mayer and the provisional insolvency administrator Jesko Stark were optimistic about finding a buyer at the beginning of the insolvency proceedings. “Nuri had been looking for investors since the beginning of the year. When the bankruptcy became known, we were overwhelmed with inquiries,” said Stark, a lawyer at the Berlin law firm GT Restructuring, the Handelsblatt.

On the one hand, the purchase price has fallen significantly as a result of the insolvency, and on the other hand, any old liabilities or possible legal risks caused by the Celsius insolvency have also ceased to exist.

According to Stark, Nuri needed a total of ten million euros in fresh capital. The money should be enough for the crypto platform to become profitable over the coming 18 months.

“The first interested parties had already submitted offers for Nuri, but these were to be specified and supplemented,” said Stark. Due to the tense market situation and the further deteriorating prospects, these investors have now jumped out.

The investors apparently did not want to take any risks: “Nuri’s business operations are still in the red,” says the lawyer. In the past, the company had been very busy with growth.

In addition, the managed customer assets have also decreased significantly since the insolvency application. According to financial circles, Nuri is currently only managing around 162 million euros in total assets. A drop of about 50 percent since early August. The number of active customers is also said to have fallen in recent weeks – so far it has been around 200,000.

Nuri himself does not have a banking license, but has been working with Solaris from Berlin since 2018. The partnership enables Nuri to offer fully licensed bank accounts with debit cards via the Solaris infrastructure.

Customers will now receive a cancellation letter asking them to withdraw all funds and crypto assets. According to the company, full access to the Nuri app will continue to be guaranteed during the notice period, which applies until December 18 of this year. After this period, customers will no longer be able to access the offers or accounts.

A Solaris spokesman said: “Nuri customers’ deposits in Solaris accounts are safe. The same applies to cryptoassets that are stored at Solaris Digital Assets GmbH.” Solaris will closely support Nuri with the processing and ensure that customers have access to their accounts. In a letter to Nuri customers, Solaris also emphasizes that all credit balances on Nuri accounts will not be affected by Nuri’s insolvency.

There could still be one beneficiary of the bankruptcy: the Berlin smartphone bank Vivid. According to the preliminary insolvency administrator, Nuri customers have the option of applying for a new account with Vivid and then transferring their assets. Such an agreement was therefore made between the smartphone bank and the insolvent crypto platform.

Vivid was founded in Berlin in 2019. According to its own statements, the neobank has over 500,000 customers – and could soon gain numerous more customers. The effects of the loss of partner Nuri could also be limited for Solaris. Because Vivid continues to do without its own banking license for the actual banking business – and also works together with Solaris.

For the Berlin fintech industry, however, it is another setback this year. After the Berlin fintech Penta was sold to the French competitor Qonto and Kontist, also from Berlin, to the Danish Ageras Group, the location is now losing another local player.

more on the subject: Berlin crypto bank Nuri is insolvent.

Morgan Stanley has cut 1,600 jobs – two percent of the workforce

9
All Comments
Out for insolvent crypto platform Nuri: Berlin fintech is being wound up There are no comments yet! You can make the first comment.