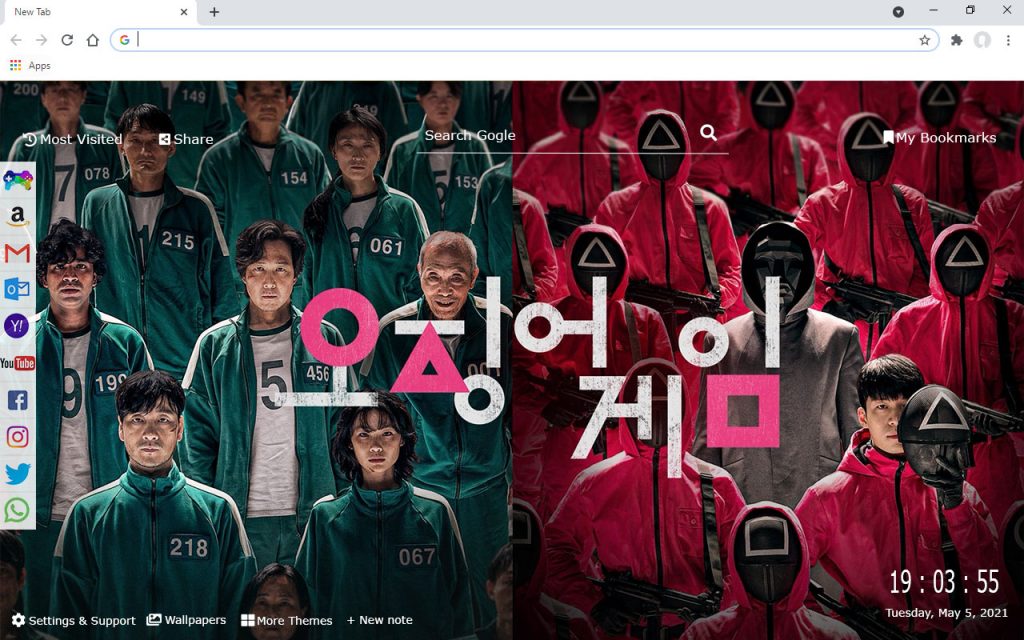 * It does NOT contain content that could endanger your security.
* Hey new tab wallpaper changes
* You can pin any of the wallpaper options
* Quick access with shortcut icons of the most visited websites on the left.
* Easy and fast Google Search
* Time and date
* Active / passive option from settings
* Adding notes
and many more features are waiting for you.

Squid Game is a South Korean survival, mystery, thriller and horror drama television series written and directed by Hwang Dong-Hyuk. The drama, starring Lee Jung-jae, Park Hae-soo and Wi Ha-joon, consists of 9 episodes and was released by Netflix in September 2021 and soon attracted great attention on social media and the audience. 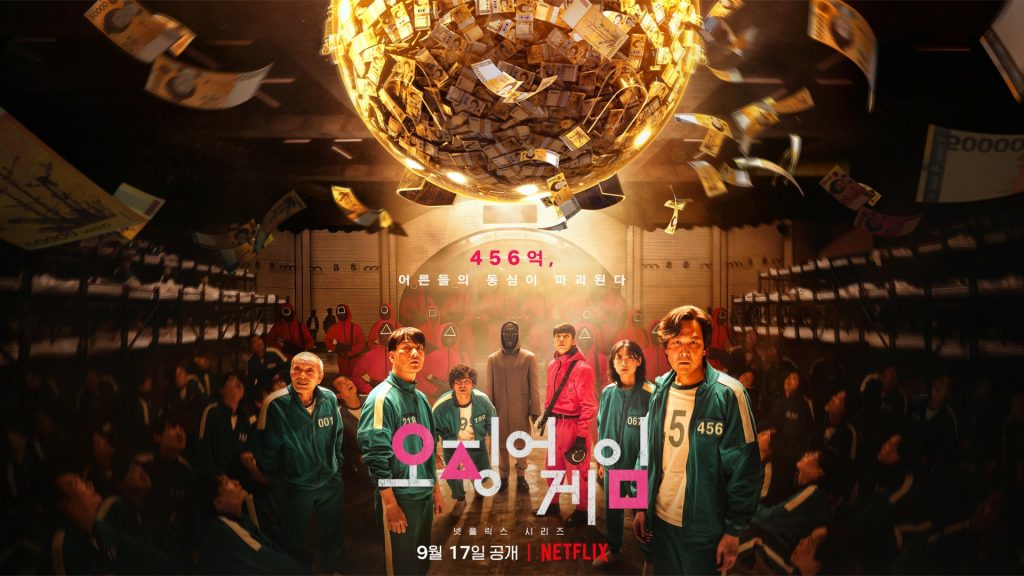 The series is about a group of people who are dragged into debt in the society, burning with the need for money, accepting the mysterious invitations they receive, participating in a competition consisting of children’s games, which they can not even dream of, and the main events they experience. However, when they lose the games they played, a great risk of death awaits them.

The series revolves around a contest where 456 players in deep financial debt put their lives at risk to play a series of children’s games for the chance to win a ₩45.6 billion prize. The title of the series draws from a similarly named Korean children’s game. Hwang had conceived of the idea based on his own economic struggles early in life as well as the class disparity in South Korea. Though he had initially written it in 2009, he was unable to find a production company to fund the idea until Netflix took an interest around 2019 as part of their drive to expand their foreign programming offerings. All nine episodes were written and directed by Hwang.

Squid Game was released worldwide on September 17, 2021, to critical acclaim and international attention. Attracting more than 142 million member households during its first four weeks from launch, it is Netflix’s most-watched series to date.