TALKING HEADS: What Do The Industry Leaders Think About The FTX Collapse? 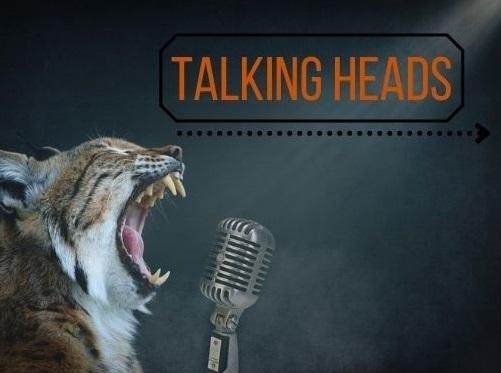 Believe it or not, the FTX collapse was only two weeks ago. We at Bitcoinist have covered the event from every angle imaginable, but there was something missing. What do the protagonists of the crypto story think about the catastrophe? How do they see the industry in light of what happened? Do they find a silver lining or do they incline to doom and gloom? These are seriously interesting times in the crypto world, and the captains of the industry have a lot to say and few places to say it.

That’s where Bitcoinist comes in.

If you want to be featured in this section, contact our main offices.

Now, without further ado, let’s go to the quotes.

“The events triggered by FTX were a serious blow to the entire industry and had a domino effect on many players. It clearly demonstrated that the nascent blockchain-based financial ecosystem and crypto-industry, in addition to the opportunities, also carries serious risks.

I think the FTX bankruptcy would do far more damage to the industry than the LUNA collapse. While the stablecoin algorithmic model is an experiment in itself and problems are at least tolerable, in the case of FTX, nothing foretold trouble. Moreover, FTX was also the largest exchange serving institutional clients, with the arrival of which the bullrun of recent years was associated. And so the fragile trust is now undermined.

I remain a true believer in the potential of blockchain technology and decentralized finance to transform the financial sector and make it inclusive.  I think that the industry will now consolidate around either centralized well-regulated exchanges or conversely decentralized, but transparent solutions.”

“The similarities between the fall of Sam Bankman-Fried’s FTX and the collapse that sparked the Great Financial Crisis, “The Lehman Brothers,” have been repeatedly exposed by the media. And same as in 2008, we can also see some opportunities.

The failure of FTX has a negative impact on the perception and trust of centralized financial operators, who still have a role to play. Furthermore, the collapse will have a profound effect on key companies and actors in the industry, the next 3 to 6 months will be key to understanding the magnitude of FTX’s turmoil. After these negative events, mass adoption of crypto will logically be hindered by a lack of trust.

Nevertheless, when the economy exploded in 2008, nobody thought it was the end of the capital market, but an opportunity to improve transparency and regulation. Similarly, the crypto industry will be forced to become more transparent and increase ownership and smart regulation. Crypto enthusiasts and investors are already feeling the need to return to blockchain’s core principle: displacing trust in the technology itself rather than in a small group of actors: “Trust the code not the human.”

“Thank god the sector is flushing out the bad actors now while we are a tiny industry and still finding our backbone! FTX’s collapse may actually be spot on time, and its collapse can serve as a catalyst for lawmakers to establish more clear regulatory structures for digital assets, and to provide their regulatory authorities with express powers relating to digital assets. Just imagine if this has occurred five years later with a market cap of tens of trillions of dollars from retirement and insurance accounts. The damage would be devastating! As off-putting as it may be, in a growing industry, today’s offenders are the sacrificial lambs for the future.”

“The last week just showed that there is a big difference between Bitcoin and everything else. We have seen an exchange that actually devoted itself to altcoins with some debatable approaches to the point where they were actually managing these tokens to go bankrupt. The sad, sad story is that many people had bitcoins on those exchange and that exchange, and they thought they had Bitcoins on that exchange, but now they realize they don’t have any more Bitcoins.

It shows the (importance) of holding your bitcoins in your private wallet, right? So, not everyone can do that yet, right? Because there is some user experience challenges because no one is comfortable, and not everyone is comfortable to store its own bitcoins privately, but I think that what happened is making more and more the case of for companies to research in building applications that can help the self custody of Bitcoins.

And again, as I said, (the FTX collapse) also showed the difference between Bitcoin as more reliable, more secure, un-censorable money network and the rest. The industry will learn that you know, you cannot lend out other people’s money. You cannot use other people’s money to buy stuff. And so on. What happened here was not a mistake, it is not that they were hacked. They took several decisions to put at risk customer assets.”

This quote was taken from NewsBTC’s exclusive interview with Paolo Ardoino.

Let’s pass the page on this FTX collapse drama with a melody, for God’s sake.

Talking Heads – “This Must Be the Place”

4
All Comments
TALKING HEADS: What Do The Industry Leaders Think About The FTX Collapse? There are no comments yet! You can make the first comment.