These are the winners of this year’s “Fondsfrauen” awards 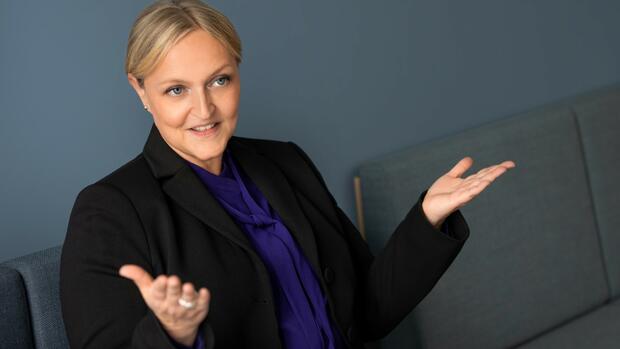 Frankfurt There are complaints around the world that there is a need to catch up when it comes to diversity. But German asset managers are apparently particularly behind. This is the finding of the Fondsfrauen career network, which presented the “Fondsfrauen Awards” in Frankfurt for the fourth time on Thursday.

No wonder that Blackrock, the world’s largest fund provider, was awarded the title of “Company of the Year”. Among the winners, however, are two women from German providers who “shine” at individual level, as Anne Connelly, founder of the Fondsfrauen and former German head of the fund analysis company Morningstar, says. With the award, the association wants to “put a finger on the wound” and create awareness of the problem of more gender equality in an industry that is still male-dominated.

Carolin Preuss was chosen as “Fund Manager of the Year” by the Hanse Merkur Trust. Sonja Albers, Member of the Board of Union Investment, can call herself “Woman of the Year”. Julia Pomer received the award for “Role Model of the Year” from Thomas Lloyd.

The association wants to “create visibility for the topic of diversity,” emphasizes Connelly. “We show women and companies who have already done outstanding things there – and hopefully send a signal to others about what is possible.”

There are still very few women on the boards of German fund providers, she complains. In her experience, the very low proportion of 15 percent determined by auditors a few years ago is still the sad truth for asset managers in Germany, Austria and Switzerland. “Many people have the topic on their agenda, but not much has happened in general.”

International providers have shown that there is another way: Connelly also sees this in the large number of nominations for the awards from abroad. At present, efforts are being made, especially in international houses, to ensure that their employees can combine work and family life, she says.

Most of the 180 nominees for the award were nominated from within the industry. A jury determined the winners. In addition to Connelly, the jury also includes the Fondsfrauen co-founders Anke Dembowski and Manuela Fröhlich, as well as the Mannheim business administration professor Alexandra Niessen-Ruenzi and the journalist Hans Heuser, editor of the specialist magazine “Fonds Professionell”.

company of the year

Blackrock demonstrates its commitment to equality with numbers, which convinced the jury. According to the fund provider, 47 percent of all new positions worldwide are filled by women. Women worked in 38 percent of the jobs for experienced colleagues.

In Germany, 41 percent of employees and 28 percent of managerial staff are women. Diversity is practiced throughout the organization, praises Connelly. A systematic network to attract and keep women in the company is part of it.

Fund Manager of the Year

Carolin Preuss not only convinced the jury with an above-average performance of her “strategy fund” which was made up of different investment types. The jury praises her expert management based on systematic research and quantitative methods. Even in this year, which was characterized by massive losses on the stock exchanges, Preuss has almost preserved the assets of its customers of around 200 million euros.

The jury sees the fund manager of the subsidiary of the insurer Hanse Merkur, which manages a total of twelve billion euros, especially for large investors, as a role model for other women. In addition, the 39-year-old mother of one daughter shows that managing funds is a job that can be combined with a family.

woman of the year

Sonja Albers has been the first woman on the board of the cooperative fund provider Union Investment since March of this year. In addition to Human Resources, she is responsible for the Fund Services segment as well as Legal and Compliance. The 51-year-old from Bremen is considered to be analytical, realistic and pragmatic and is known for her loud laughter as well as her reserve.

In her 24 years at Union in Frankfurt, the economist has risen from HR controller to the top. She is also a member of the board of the German fund association BVI.

The Fondsfrauen jury not only honored Albers’ career, but also praised her commitment to the advancement of women “right from the start”. As an HR manager with a “declared sense of team spirit”, Albers is committed to career opportunities for women, emphasizes Connelly. “Gender balance is top priority for her.” Albers has resolved to remain approachable as a board member and regrets that she rarely watches “her” football club Werder Bremen in the stadium.

role model of the year

At 36, Julia Pomer is a role model, as the jury determined. Pomer is sales director at the independent investment house Thomas Lloyd in Zurich with almost one trillion euros in client capital under management in the renewable energy and infrastructure division in emerging markets and Asia.

She is seen as ambitious, responsible and committed to gender equality. The jury praised Pomer’s commitment to young women in the industry, for example as a mentor.

More: How low the proportion of women on the board of savings banks is

12
All Comments
These are the winners of this year’s “Fondsfrauen” awards There are no comments yet! You can make the first comment.