This is how you can improve your Schufa score 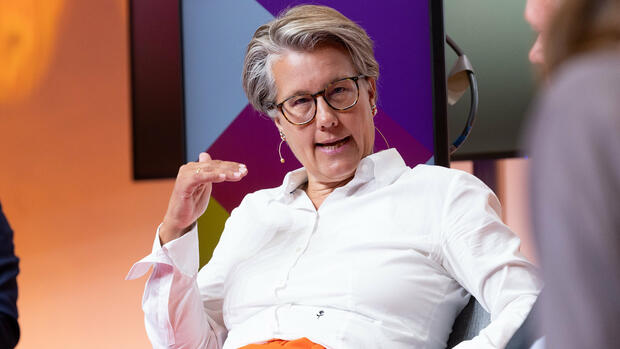 Berlin It is a step that is overdue: after a long period of pressure, Schufa wants to become more transparent and presented its score simulator on Thursday. With the help of this simulator, consumers can understand for free how Schufa measures the creditworthiness of customers. For example, questions about the current account, credit cards and loans must be answered. It also becomes clear how consumers can improve their creditworthiness.

The creditworthiness determined by the score simulator is summarized in a score, i.e. a numerical value, and should be quite close to the base score that Schufa determines itself. Schufa boss Tanja Birkholz sees this score simulator, which has gone live, as the first step in making Schufa “explainable”. “In the past, we never sought communication at eye level,” admits the former risk manager at Commerzbank, who has been in charge of Schufa since mid-2020.

It is her personal concern to change that. Finally, the Schufa is a mediator between consumers and companies of considerable relevance. The credit agency receives 300,000 creditworthiness inquiries every day. In the coming year, consumers will also be able to use an app to access their data free of charge and add to it, according to Birkholz.

Without private credit bureaus like the Schufa, little works in the economy. For example, if consumers apply for an installment loan, banks get information about the creditworthiness of the customer from the Schufa.

Using the information collected by the Schufa, the credit agency makes a forecast of how high the probability is that there will be payment disruptions in the future. This is done using a so-called score. The higher the bank score, the lower the risk of default. There are also scores for other sectors, but the bank score is by far the most important.

90 percent of the information positive

For many consumers, Schufa’s activities have so far been a black hole. Experts such as Professor Gert Wagner, a member of the Advisory Council for Consumer Questions, have always advised Schufa to be more transparent. That would increase their acceptance in society. However, the Schufa algorithm for calculating creditworthiness remains taboo. Schufa received legal backing for the secrecy from the Federal Court of Justice.

Schufa emphasizes that around 90 percent of the information they store is positive. This includes contractual behavior with current accounts, credit cards, installment and real estate loans. Soft negative information is, for example, dunned and undisputed claims, consumer insolvency proceedings are hard negative information.

Nevertheless, the question arises as to how Schufa arrives at its assessments. The credit agency provides a few insights. For example, it has been empirically proven that the risk of non-payment is significantly higher for customers who have five or more loans than for consumers who service no more than two loans.

What the score depends on

However, this must not lead to the conclusion that people without a credit history per se receive a higher score than those with one. When young people open an account, no payment or repayment information is available. Therefore, the score should be in the middle.

The score only increases if the customer proves over time that he is handling the account responsibly, for example if he does not regularly overdraw it. Frequent moves tend to worsen the credit rating. This does not take into account that a work-related move could increase the income of the consumer.

Schufa provides banks, telecommunications companies, retailers and other sectors with important information about customers. “But we’re just one piece of the puzzle. Companies have other options for testing creditworthiness and making a final decision,” says Birkholz.

Data can be stored longer

Scores can also be assessed differently by banks. That depends on the risk policy of the company. Some are more interested in taking more risk because it offers higher profit margins in return.

A Schufa project should be followed with eagle eyes by consumer advocates. In the future, Schufa would like to give people the opportunity to voluntarily store data that improves the score for longer. Loans that have been serviced and paid off on time are currently deleted from the Schufa database after three years.

But this deletion could lead to a worsening of the score. “With the explicit permission of the customer, we could store data longer, which would have a positive impact on their score,” says Birkholz. In principle, consumers should also have the option of granting Schufa account insight.

12
All Comments
This is how you can improve your Schufa score There are no comments yet! You can make the first comment.