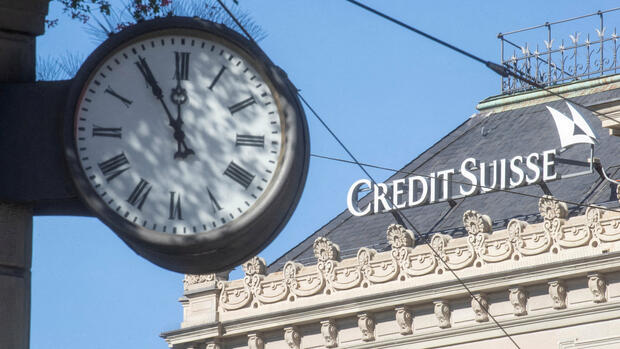 New York In the scandal surrounding alleged manipulations on the foreign exchange market, the crisis-ridden major Swiss bank Credit Suisse has won a victory before a US jury. In the trial in Manhattan federal court that began Oct. 11, the jury found the bank not guilty on Thursday.

Credit Suisse faced allegations in the US that it conspired with other banks to manipulate prices in the foreign exchange markets between 2007 and 2013. A corresponding class action lawsuit was filed by investors in 2013. Credit Suisse was the last remaining bank in this case. 15 other financial institutions had already agreed on a settlement of 2.3 billion dollars.

In addition to Deutsche Bank, plaintiffs allege Bank of America, Barclays, BNP Paribas, Citigroup, Goldman Sachs, HSBC, JPMorgan Chase, Morgan Stanley, Royal Bank of Canada, Royal Bank of Scotland, Societe Generale, Standard Chartered and UBS, among others. At one point they controlled more than 90 percent of the global foreign exchange market, which trades $6.6 trillion every day. Regulators around the world had fined banks more than $10 billion for manipulating the foreign exchange market.

The plaintiffs, including many exchange-traded funds (ETFs), accused the banks of improperly sharing confidential orders and trading positions. To do this, they agreed in chat rooms with names like “The Cartel”, “The Mafia” or “The Bandit Club”. In addition, they would have used fraudulent trading practices.

Credit Suisse is currently working on another corporate restructuring that, according to the company, envisages a downsizing of investment banking. The bank intends to present the results of the strategy review, which insiders say will also cost numerous jobs, together with the figures for the third quarter on October 27th.

More: Is Credit Suisse threatened with new problems in the USA? According to a media report, there is movement in an old case of tax evasion. The bank disagrees.

11
All Comments
US jury finds Credit Suisse not guilty in foreign exchange scandal There are no comments yet! You can make the first comment.